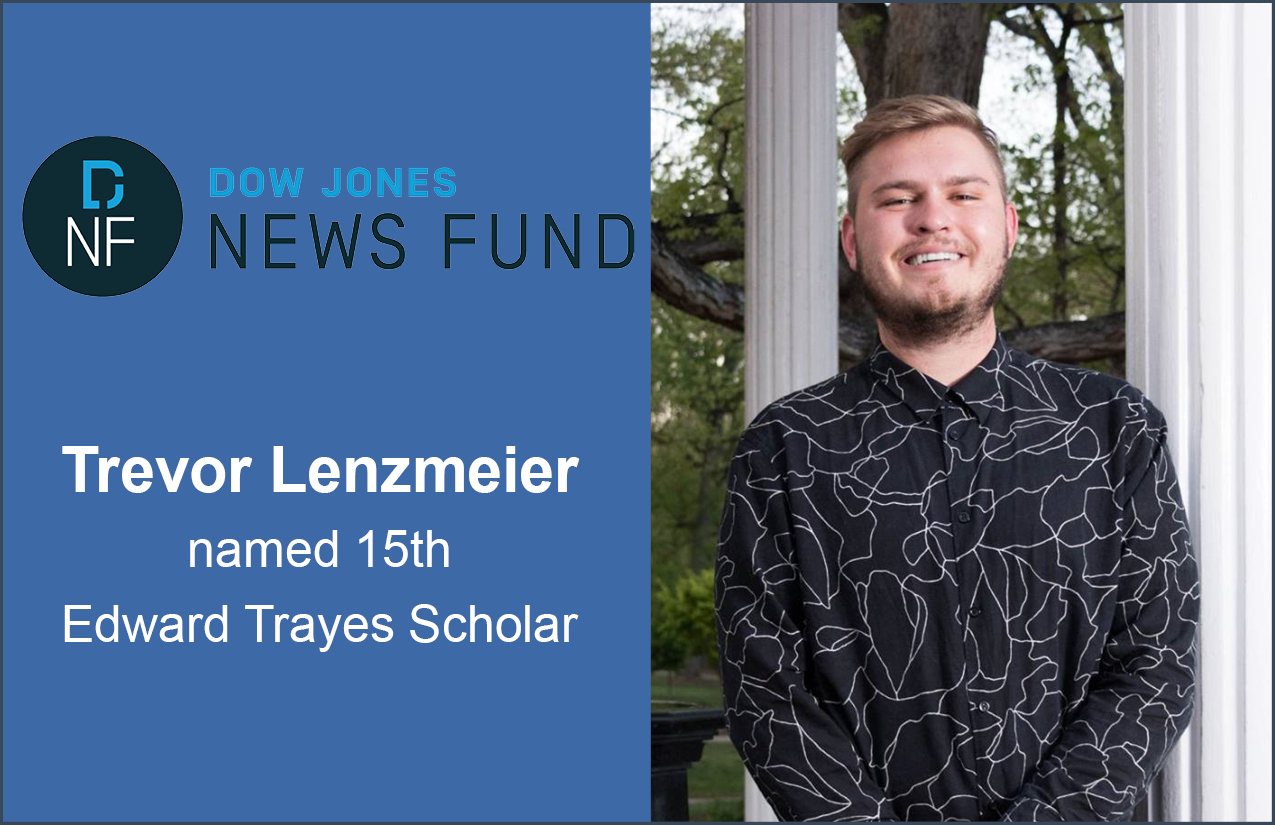 PRINCETON, N.J.—Trevor Lenzmeier, a 2018 Dow Jones News Fund multiplatform editing intern at the Pittsburgh Post-Gazette, is the 15th Edward Trayes Scholar. He was selected by the professor who has directed the training program at Temple University for 51 years.

Lenzmeier will receive a $1,000 scholarship and join 14 Trayes scholars who have gone on to be exemplary journalists.

Lenzmeier said his training at the Temple residency was “challenging and rewarding.”

“It was a rigorous week, but one I’ll never forget and one with skills I use all the time still,” he said.

Trayes praised Lenzmeier for his skilled use of Associated Press and New York Times styles and the leadership he showed in class at the residency.

“Trevor has a bright future in the multi-faceted journalism world of the twenty-first century where individuals are expected to work effectively across media platforms as they produce content that will help audiences live better, more-informed lives in an effort to make life better for everyone,” Trayes said.

Lenzmeier works full-time at the Pittsburgh Post-Gazette as an associate page designer and copy editor on the sports desk.

“The journalism that we’ve done here since I’ve been here as an intern and as an employee has been really rewarding,” he said.

“Had I not gone through Dow Jones [News Fund], I probably would not have had the

Post-Gazette on my radar,” Lenzmeier said. “I feel grateful all the time that I’m working in the field and that I felt prepared.”

The O’Toole Family Foundation of Short Hills, New Jersey, began the scholarships in 2004 to honor Trayes. Paula and Terry O’Toole, a 1979 copy editing intern at The Wall Street Journal, have donated a total of $20,000.

To commemorate the 50th anniversary of the Temple residency and to underscore the importance of an accurate and free press, the O’Toole Family Foundation commissioned a short film about Trayes and his unique approach in 2017.

Lenzmeier graduated in May from the University of North Carolina at Chapel Hill, where he worked for The Daily Tar Heel. He said reporting on arts and entertainment for the school paper sparked his passion for journalism in his sophomore year.

“I fell in love with reporting at The Daily Tar Heel and it really just grew from there,” Lenzmeier said.

When asked what he would tell aspiring journalists, he urged students not to get discouraged.

“There is a tense situation right now between the general public and the press that can be intimidating,” he said.

“I think that a valued press is something that our country needs and it will only start by getting more people that are courageous and passionate about journalism into the field.

“It’s a job of passion and so my advice going forward would be try to remain undaunted. Remember why you do it and remember ultimately that we really have an incredible profession,” he said.