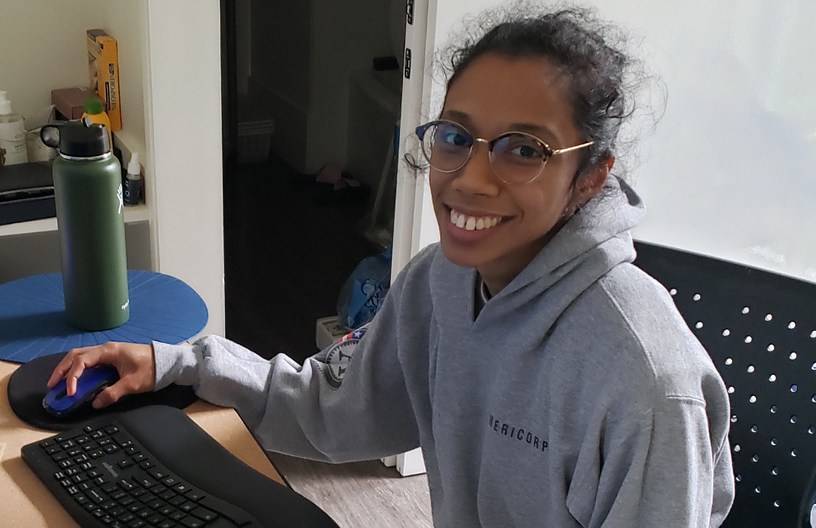 This year’s National Association of Black Journalists and National Association of Hispanic Journalists Convention & Career Fair was historic and unlike any other. With initial plans to host the annual convention in the nation’s capital, event organizers had to pivot to a safer, more practical level of engagement. Due to the ongoing and unprecedented pandemic, the four-day professional affair took place on an even bigger stage – online with a global audience.

According to NABJ President Dorothy Tucker in a letter to attendees, nearly “100 sessions and special events, and more than 70 companies and organizations represented” at this year’s convention.

With thousands of participants registered and logged in, some from San Diego, others from Chicago, Atlanta, and Nashville, this was one of the most attended conventions in the joint-organizations history. Technology, agile organizers, and the pandemic, made it possible.

For attendees like Gracelynne West, an incoming first-year student at the University of California Berkeley’s Graduate School of Journalism, the 2020 NABJ/NAHJ Convention was notable in more ways than one. It was her first time. And the chance to attend the convention before the start of fall semester proved tempting. “I want to go into class already having the skills,” she says.

From the comfort of her home, West navigated the virtual scene with a pre-planned list of sessions that caught her interest. Topics ranged from mental health and resilience in reporting to laying the foundation for a successful podcast. In keeping with the professional spirit, she remained camera-ready just in case a virtual networking opportunity presented itself.

However, to participate in a series of virtual professional development events over the course of multiple days does not come without its challenges. Take into consideration, most convention sessions were scheduled on Eastern Time. West, who lives in Southern California, had to log in each day at 6 o’clock in the morning to attend, a time difference of three hours. Even for the most seasoned convention-goers, adjusting for various time zones was a challenge in itself.

Undeterred, West believes she got a lot from this year’s convention. After attending the session Freelance Doesn’t Mean Free: How Independent Journalists Can Maximize Financial Gains, West says she “never realized how many different ways we can freelance.” Not only can she choose to focus on audio storytelling, which is her passion, West can also pitch herself as a field producer or public speaker when the time is right.

Professional insights such as this, that come from established journalists who have more years of experience and wisdom to share, often help newcomers to the field chart paths that broaden the scope of their work and imagination. In the long run, even in the virtual space of the 2020 NABJ/NAHJ Convention, younger journalists like West are able to break through to greater career possibilities.

“I’m trying to take in everything. I can always build on it later,” she says.