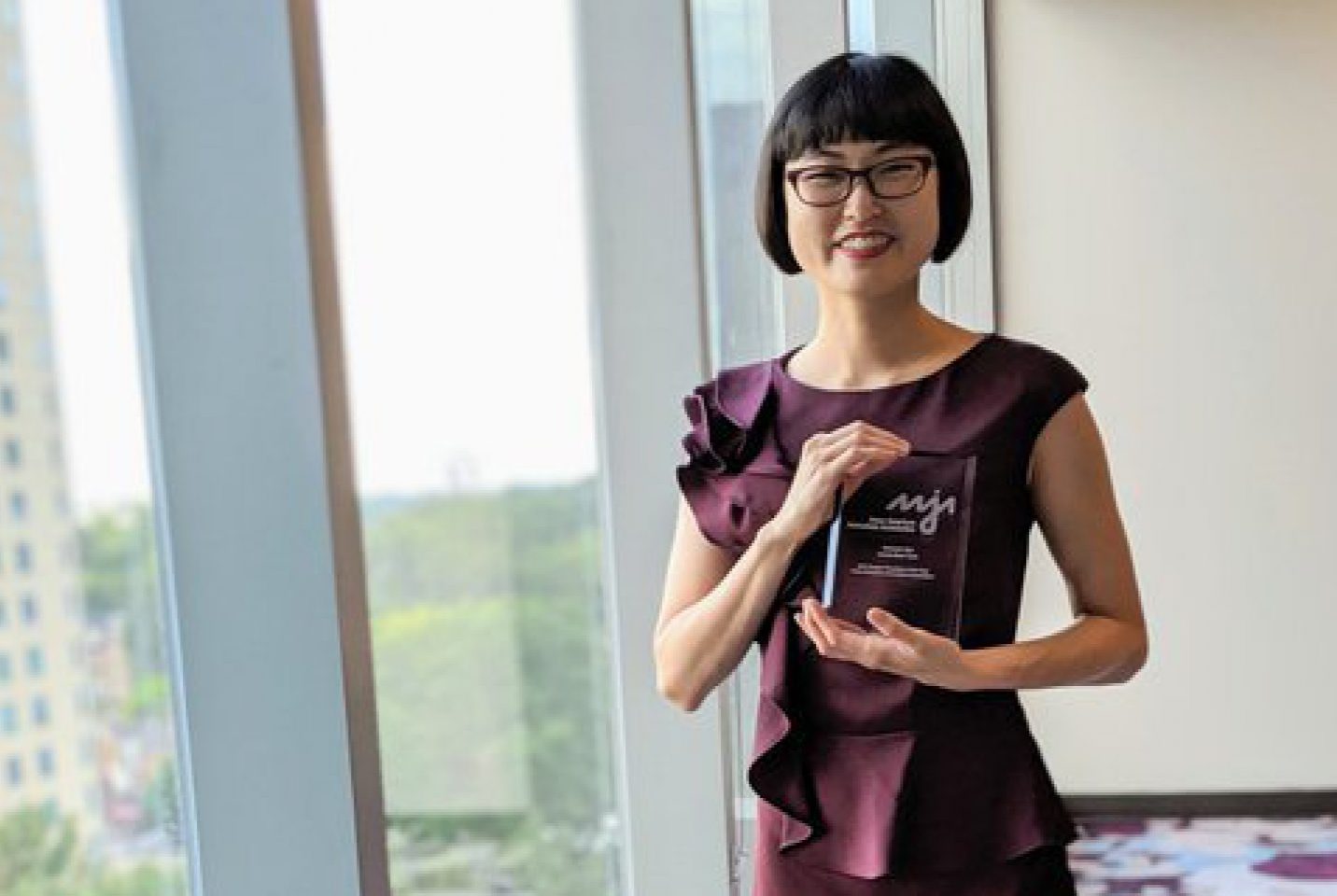 Hannah Bae is a freelance journalist and president of the AAJA New York chapter. At this year’s AAJA conference in Atlanta, Bae was honored as Chapter President of the Year.

Bae majored in journalism at the University of Miami. Although she initially didn’t know much about the industry, Bae liked how journalism combined two of her passions — writing and talking to people.

Although Bae has worked at CNN, Newsday and even the government, her most meaningful industry experiences have been in telling Korean American stories as a freelancer and using her resources to support young journalists.

“It has really meant a lot to me to be able to give back to the next generation of journalists,” Bae said.

What is the most useful skill you learned at AAJA?

The most important skill I learned at the conference was how to network. I often find it hard to approach strangers and strike up conversation, but being at AAJA gave me the practice I needed to feel confident in networking.

What is the most important value you took away from the conference?

After talking to recruiters and experienced journalists, I realized how genuinely eager people are to help young journalists. Nearly everyone I met wanted to help me find the perfect future internship or job fit or offered advice on how to improve my resume.

What was most fun?

I had an amazing time meeting and becoming friends with young journalists like myself. It was really easy to bond with people because of our like-mindedness and experiences as Asian Americans in the journalism field. It was fun to meet people from the AAJA groups I’m apart of on Facebook but have never met in person, like AAJA NY and yung AAJA.

What surprised, delighted or concerned you?

I hate to admit it, but I’m not very present on Twitter, despite it being the favored social media platform among journalists. What I didn’t know until this conference was how strong the Asian American journalist community is on Twitter. It was quite surprising when a random person would walk by and the person I was talking to would freeze and whisper-shout: “Oh my god, I follow them on Twitter — should I go say hi?” I was truly in awe of how connected the AAJA community is through social media. On another note, something that both surprised and delighted me was Gene Park singing “Old Town Road” and whipping at karaoke on his 38th birthday.

How will you share the experience with classmates and peers?

I can’t wait to share my experience with my peers, especially my co-workers at NYU’s student paper, Washington Square News. I hope to meet with some of my peers and talk to them about what AAJA and the conference is, in addition to what resources and connections are available through being apart of the community. I also want to share with my peers how many scholarship opportunities there are to help bring them to spaces like the AAJA conference.

What’s next in your career?

I’m starting my senior year at NYU in September. This fall, I will be interning at Dateline NBC, where I will primarily be working with the development team. After I graduate, I’m hoping to find work producing digital videos and short docs with a focus on socio-cultural topics.

Natalie Chinn is a senior at New York University, double majoring in broadcast journalism and anthropology. She has worked for the school’s newspaper, Washington Square News, for two years as a senior editor for the culture and magazine desks. She attended AAJA as part of the Fund’s Emerging Journalists program.