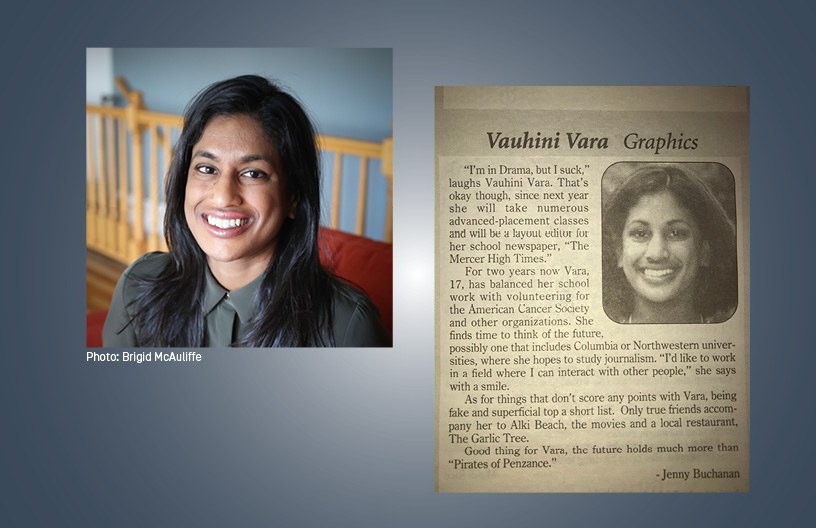 She tweeted: “THREAD: A couple of weeks ago, after I started a thread about which magazines pay freelancers $2/word, some people commented—a bit irritatedly, maybe—that the more pressing question is how to get past publications’ gatekeepers’ in the first place. I wanted to address this.”

“I freelance as both a journalist and an editor, so I’ve seen both sides of that. Here are some thoughts.”

Vauhini is an alumna of Dow Jones News Fund’s high school and college programs. She attended a DJNF-supported high school summer journalism workshop at Seattle University (workshop bio pictured above). During college she participated in the Fund’s business reporting program at New York University, followed by an internship at The Denver Post.

After 10 years of working for The Wall Street Journal and The New Yorker, Vauhini began freelancing.  Her work has appeared in several magazines including The New Yorker, The Atlantic, Harper’s, Foreign Policy, Wired, Businessweek, Fortune and Fast Company.