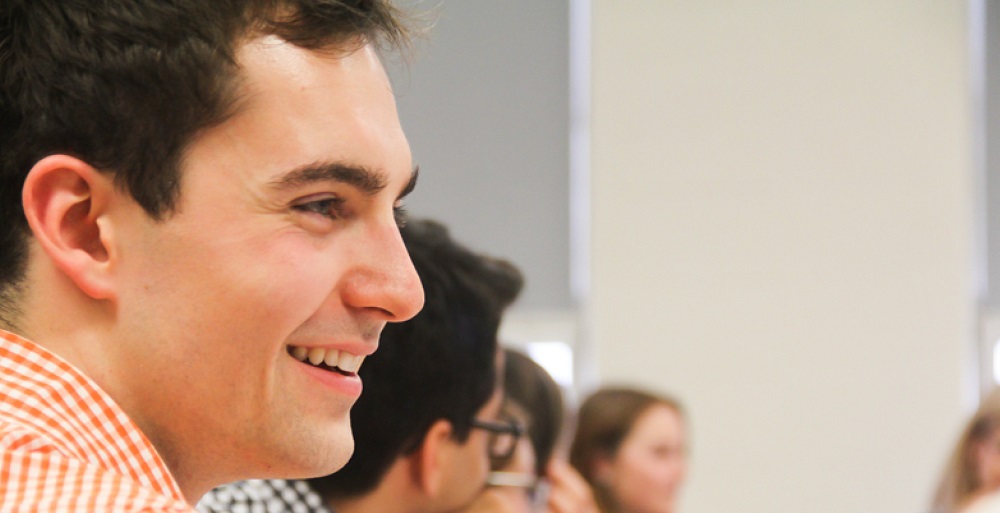 Weber, a 2014 graduate of the University of Illinois at Urbana-Champaign, was trained at the Center for Editing Excellence at Temple University, directed by Dr. Edward Trayes.

Weber was selected by Dr. Trayes for his impressive performance and participation in Fund’s news editing training and internship program. His outstanding work led to The Post hiring him full-time as a multiplatform editor in September 2014.

“Ryan has what it takes to be a great editor,” Dr. Trayes said in explaining his selection for the Trayes Scholarship. “He is bright, articulate, self-effacing with a terrific sense of humor.”

Jesse Lewis, the Post’s multiplatform editing chief, wrote in an email, “Ryan has been a welcome addition to our multiplatform desk. He has already demonstrated a strong desire to learn the craft, always open to recommendations by veteran editors. We’re sure he’ll be a major contributor to our print and digital efforts in the years to come.”

The Trayes Scholarship is endowed by Terence O’Toole, a 1979 graduate of the Temple residency, through The O’Toole Family Foundation of Short Hills, N.J. O’Toole began funding the scholarship in 2004 to mark the 25th anniversary of his participation in the program and to honor Dr. Trayes who has directed the program since 1968.

Weber was a political science major planning to become a lawyer. In his freshman year, he started reporting for The Daily Illini to improve his writing skills for law school. Instead he found his true calling, journalism. It didn’t take long for him to become editor of the opinions page, writing editorials and editing op-eds and letters. He enjoyed the opportunity to help others articulate their views. The next year Weber was promoted to managing editor of the newspaper, overseeing features and arts coverage, web presence, special editions and social media.

It wasn’t until his senior year that Weber decided to enroll in his first journalism class. Jean McDonald, his journalism professor, encouraged him to apply for the Fund’s internship program. He spent weeks studying current events and preparing for the test. Weber said he was ecstatic when Dr. Trayes called to inform him he had been chosen for the program.

He said his residency at Temple was extremely difficult, but well worth it.

“During the residency we spent each night reading and memorizing the entire stylebook. It was a lot of work and very challenging, but Dr. Trayes was confident we could do it and he was right,” he said.

“I worked hard and learned a lot, it really prepared me for working at The Washington Post.”

“Ryan has put in such hard work to make himself an amazing editor,” McDonald said in an email. “I’m so pleased that his skills and strong interest in editing have been recognized with this scholarship.”

Weber’s advice to future interns: “Work hard and really care about what you are doing.”

The Dow Jones News Fund is a nonprofit organization supported by the Dow Jones Foundation, Dow Jones, publisher of The Wall Street Journal, and other media companies. Its mission is to encourage high school and college students to pursue journalism careers by sponsoring workshops and providing internships.