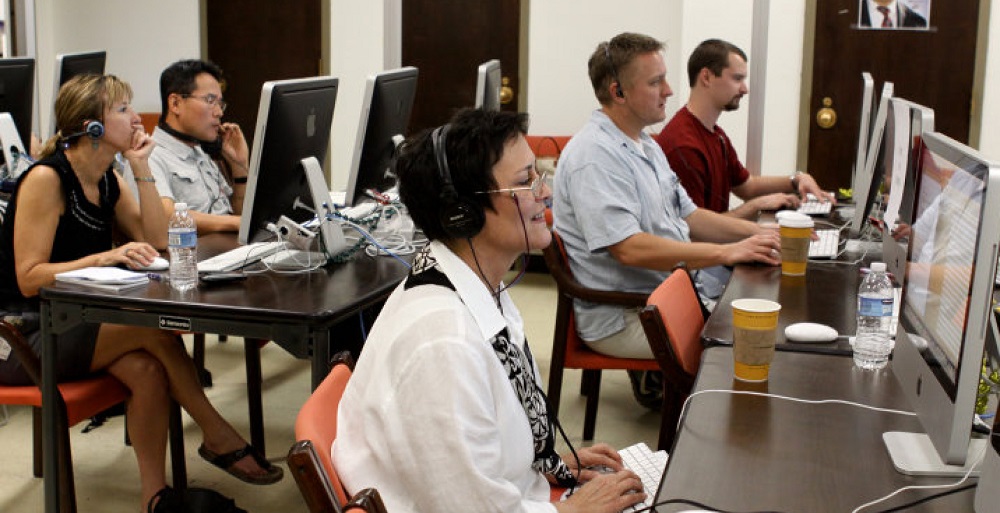 The Internet is reinventing how journalism is taught in the classroom. Students are moving beyond learning the basics of reporting, interviewing and writing to developing the multimedia skills they need to tell the same story in print, electronic and online media formats.

Recently, twelve journalism instructors from colleges and universities throughout the United States spent a week at The University of Texas at El Paso, where they received multimedia training to better prepare their students for journalism careers in the digital age.

“It’s critical to get our students ready for the jobs that are going to be created in multimedia,” said Zita Arocha, a senior lecturer with UTEP’s Department of Communication. “Journalists now need to be a one-man-band. That means that they have to go out into the field with a video camera and a digital still camera and a recorder and they have to be thinking about collecting media in all those formats for the website.”

The instructors attended the Dow Jones Multimedia Training Academy @ UTEP, where they learned the best practices for using audio, video and digital photography. As part of their hands-on training, participants produced their own multimedia stories. Subjects included profiles on the U.S. Border Patrol and the U.S. Bowling Congress.

Donna Pazdera, a communication lecturer at The University of Texas-Pan American, teaches writing, reporting, television production and photography. Combined with her experience as a newspaper reporter and online producer, she has some knowledge of multimedia. However, the training academy helped her streamline the process of mixing traditional and digital media to tell a story.

“I have some experience but I want to get better,” said Pazdera, who has been in the journalism business for 17 years. “It was good to come here where you have people who really know what they’re doing and can show you ways of doing this.”

Arocha hopes that once these instructors return to their respective campuses, which include the University of Texas at San Antonio, the University of Florida, Del Mar College, Texas A & M and other schools, they will have their classes produce material to publish on Borderzine.com, UTEP’s online bilingual magazine.

Launched in December 2008 with a grant from the John S. and James L. Knight Foundation, Borderzine.com serves as a venue for Latino journalism students to develop the knowledge, skills and experience they need to become professional journalists.

Student contributors use digital technology such as video, audio and photography to tell stories on the Web. They develop an online portfolio of their work that is accessible to prospective employers 24 hours a day, seven days a week.

The grant allows the online magazine to recruit student contributors from other U.S. colleges and universities with large Hispanic communities. Partner schools include Imperial Valley College in Southern California, The University of Texas Pan-American and East Tennessee State University.

Gina Germani teaches journalism at Imperial Valley College. She said she encourages her students to use Borderzine.com as a platform to get published, and over the past three semesters she has had 15 student contributors. Germani credits the site with motivating her students to become better writers.

“Learning to write news in any format is different than they’ve been trained all their lives,” she said. “They’ve been essay writers and now they have this new formula they need to transition to.”

The training academy was funded by a $23,000 grant from the Dow Jones News Fund.

To see a photo gallery of the academy, visit the Dow Jones Multimedia Training Academy @ UTEP photo album on Facebook.