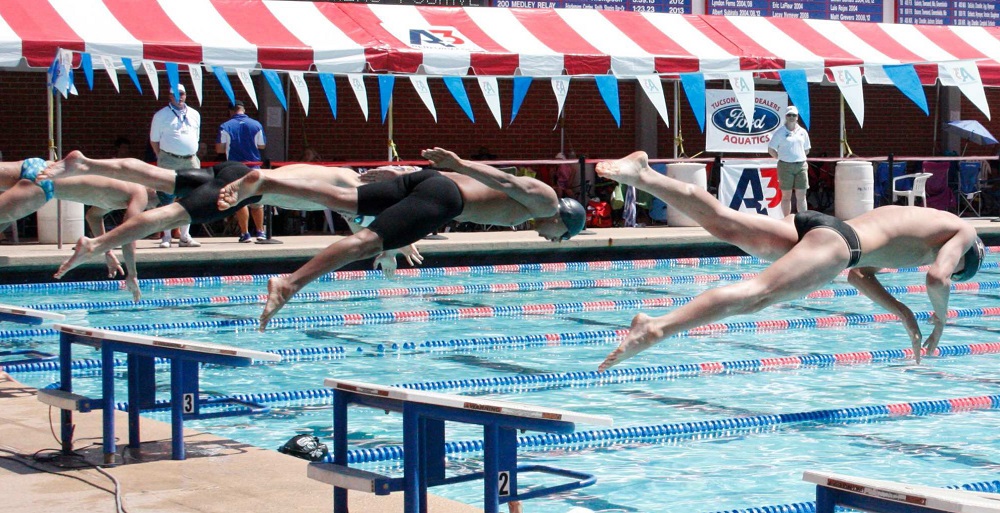 Each student will receive a $1,000 college scholarship for fall 2014. Three of the seven winners are from the Oklahoma Institute for Diversity in Journalism (OIDJ) workshop at the University of Oklahoma. Directors Sue Hinton and Ray Chavez considered canceling the workshop after the May 20 tornado hit Moore, Oklahoma. Students who had already been selected and faculty, some of whom experienced personal losses, wanted to press on.

Milton Guevera, multimedia editor, wrote a story for The Chronicle called “When art is inclusive” published by the workshop at the University of Arizona, Tucson. It looked at the process that permits the installation of public works of art and some local artists who created a special piece.

He has been on the school newspaper for two years, recently promoting to an editing position. He also gathers interviews for fun “(the way a photographer casually takes pictures).”

Elena Stauffer, workshop director wrote: “Milton approaches a story the way he would a science project: He examines it from all angles and reflects on its effect on the viewer. It was a treat to watch Milton build an interesting article on the work and processes that become public art.”

In his story he wrote, Bike Church is a white chapel-shaped sculpture made of bike parts located in Tucson’s Barrio Anita neighborhood. Hanging inside is a sphere-shaped chandelier that shimmers with a purple glow at night. An engraved plaque inside the structure reads “share the streets,” and “in memory.”

Guevera wrote in his essay that he first became interested in journalism when his teacher played radio stories for his class a year earlier. “I found that the stories were meaningful, universal lessons, taught through current events and stories of connection.”

Aaron Ladd participated in the JSHOP workshop sponsored by the National Association of Black Journalists at its annual convention in Orlando. His story was ‘Hard Road Ahead: Outgoing NABJ President Lee sees more challenges to come.’ It centered on an interview with NABJ President Gregory Lee, executive sports editor for the South Florida Sun-Sentinel of Fort Lauderdale. Ladd detailed the group’s challenges during Lee’s presidency, the proposals of candidates vying to lead the group and Lee’s aspirations for his own career.

He wrote: “Lee spoke as a tested general emerging from a victorious battle. He handled many adversities during his term, most proudly speaking of NABJ’s resiliency during the tough period after the organization controversially pulled out of UNITY: Journalists for Diversity two years ago.”

Lee told Ladd he reached his number one post-college goal when he became an executive sports editor and with that accomplished has set his sights on winning a Pulitzer Prize.

As for Ladd, he wrote he wants to become “the best sports journalist possible,” which requires an education.

“An advanced education or journalistic training program is critical to prepare me so that I know how to properly cover every story from sports to politics without bias.”

Huong Truong was called an excellent student by the OIDJ workshop directors. Her story for the Red Dirt Journal, “Teens Find gratitude in light of tornado: Young Moore residents share storm stories and learn the value of family,” featured reflections of three high school students — Sarah Goodman, Kalayna Bowman and Becca Randolph — on the May 20 tornado that tore through Moore, Oklahoma.

She wrote: “I am truly blessed for what I have left, (Sarah Goodman) said. “I’m blessed to still be here. I know it could have been a lot worse for all of us. The fact that only 24 people were lost that day is a miracle in itself.”

In her personal essay she said the OIDJ experience sealed her resolve to become a journalist. On covering her assignment, she wrote, “What I saw with my own eyes and heard with my own ears was rawer than any televised story I’ve seen about the storm. I took all my interviews and sources and wrote an article that changed my life.”

Contrasting her initial desire to be a doctor with journalism she noted: “It’s not the most stable career, lifestyle or high-paying job. However, I didn’t choose to be a journalist for stability or the paychecks.”

OIDJ directors highly recommend Daisy Creager, who took a picture of Priscilla Nissley clearing debris with a volunteer group called Christ in Action after the tornados in Moore, Oklahoma, May 20 and May 31. The devastation is documented all around, even the trees are listing. Her 17-year-old subject appears to struggle with the load she is lifting.

Creager wrote in her essay, “As tragic as it was that the EF5 tornado hit Moore, Oklahoma, the timing of the workshop gave our group of students unique insight into the field of disaster reporting. The opportunity to work with local weather stations and news organizations paired with the lessons taught by OIDJ’s instructors gave me valuable experience in what it is like to report on natural disasters.”

Ashlee Fenn, a senior, is photo editor and editor-in-chief of the yearbook at Safford (Arizona) High School for nearly three years. She is also the eldest of six children in her family and the first to go to college. She wants to be a sports photographer and has her eye on both ESPN and Sports Illustrated.

She wrote, “My love for photography started when I was in seventh grade and was asked to take pictures at a football game. From that moment, my passion grew.”

She wrote, “I’ve been taught to never settle and to work hard. I plan to use this work ethic to better my future.”

The crisp, colorful photo freezes competitive swimmers as they plunge toward the pool on the first day of the workshop when shooters were told to make pictures of anything that caught their interest.

“Put a camera in Ashlee Fenn’s hands and she starts shooting. That’s how she captured this sharp, clear image that ran on the Day One Photos page in The Chronicle. Her time at the aquatic center was limited and she didn’t want to miss the shot,” Ms. Stauffer, the workshop director.

The senior at Kingfisher (Oklahoma) High School described her assumption about her assignment at the OIDJ this way: I went along as the videographer expected to get in, hear sad stories, get the shots and get out. But before I even finished setting up, I was proven wrong.”

She explained why journalism is her career choice. “The experiences, people, places and stories are what we live for. I can’t think of a better calling to commit my life to.”

Kalin Tate of Columbus, Ga., designed the website for the Multicultural Journalism Workshop at the University of Alabama. Here’s the link to the site: http://uamjw2013.wordpress.com/

She wrote in her essay, “I love journalism that involves technology such as cameras, computers, videography, skills, video editing software and television.”

One of her highpoints was being handpicked to interview Dale Earnhardt, Jr. in front of the entire school.

She’s been a broadcast reporter since elementary school and continues that passion at the Shaw Mass Communications Academy. She called sports journalism her niche and aspires to follow Robin Roberts as a reporter on ESPN, for starters.