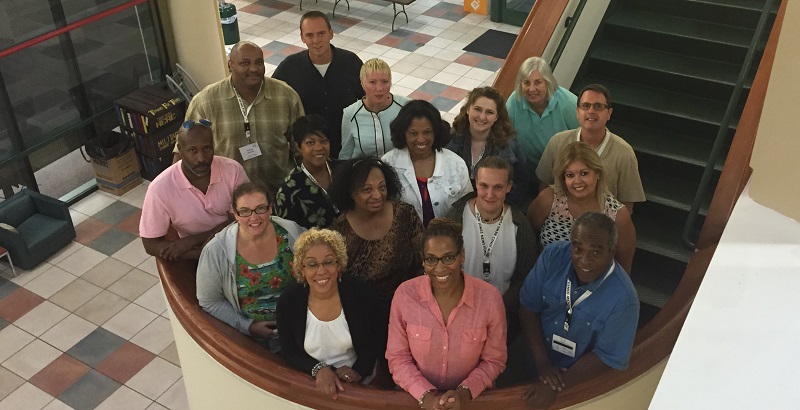 Also attending were Rich Holden, the Fund’s executive director, and Dr. Reginald Owens, a Fund board member and professor of journalism at Louisiana Tech University.

Dr. Pam Johnson, director of the School of Journalism and Broadcasting at Western Kentucky, said, “All journalism programs are struggling with how to move their programs forward in terms of multimedia skills for themselves and their students. The workshop was designed to have the faculty work in teams to ‘feel’ the assignment of producing a multimedia Web story.”

Holden said, “It’s essential that the students at HBCUs become acquainted with the skills needed to compete for jobs in a multimedia environment. This seminar allowed the professors to learn from one another and to take back valuable information for their students.”

Gina Kinchlow, a professor at Florida A & M University, summed up the group’s sentiment saying, “I am so energized and motivated with all that I have learned in the workshop, coupled with the great guidance and suggestions I received. It is obvious you (Dr. Johnson) and your great staff have put a lot of work into this event and will impact many HBCUs as a result.”

Holden said that 30 professors applied for the program and that the Fund plans to hold a similar session at Western Kentucky next year.

The multimedia fellows and their universities are: