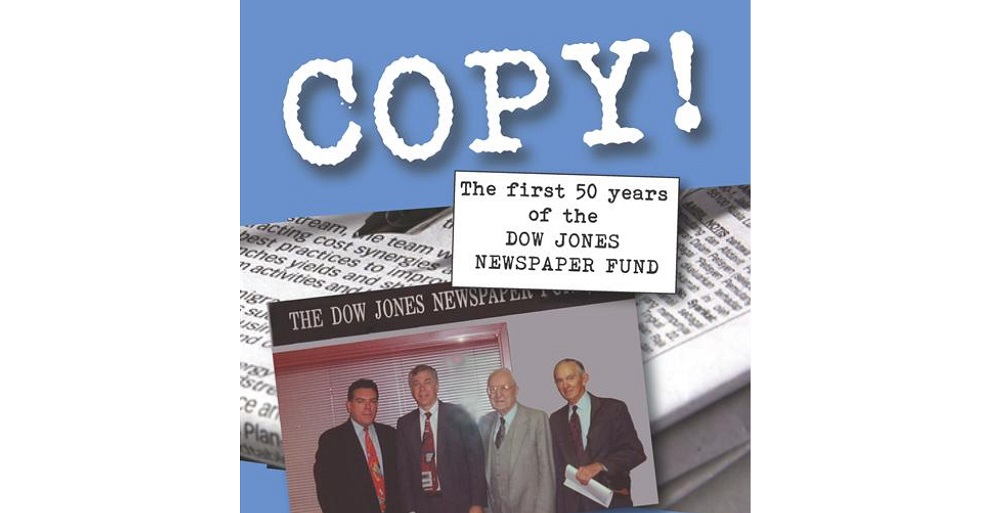 PRINCETON, N.J. — COPY! The first 50 years of the Dow Jones Newspaper Fund tells the story of a small foundation with large aspirations.

Written by Rick Kenney, Scripps Howard Endowed Professor of Journalism at Hampton University, the book outlines the vision of the people who created the Newspaper Fund. The history was published to mark the 50th anniversary of the Fund, which was founded in 1958. It began operation in 1959 and has touched the lives of hundreds of thousands of high school and college students, many of whom went on to distinguished careers in journalism. COPY! is available now in paperback for $20.

“COPY! captures the pioneering spirit of the Fund’s founders and the organization’s significant contributions to the strength and vitality of American journalism in the second half of the 20th century,” said Richard J. Levine, president of the Dow Jones Newspaper Fund board of directors. “At a time when the news business is facing unprecedented challenges and opportunities, Kenney underscores the Fund’s critical role in encouraging the nation’s brightest students to consider journalism careers and in providing them with the finest professional training and experience.”

Kenney was a 1979 Newspaper Fund copy editing intern and directed centers for editing excellence at Florida Southern College and the University of Central Florida. He has been a professional reporter or editor for several news organizations, among them The Baltimore Evening Sun, the Pittsburgh Post-Gazette and the St. Petersburg Times.

Writing the book was a learning experience for the journalist-turned-educator. “One of the most impressive things I learned was how the Newspaper Fund was always ahead of the curve in terms of training,” Kenney said.