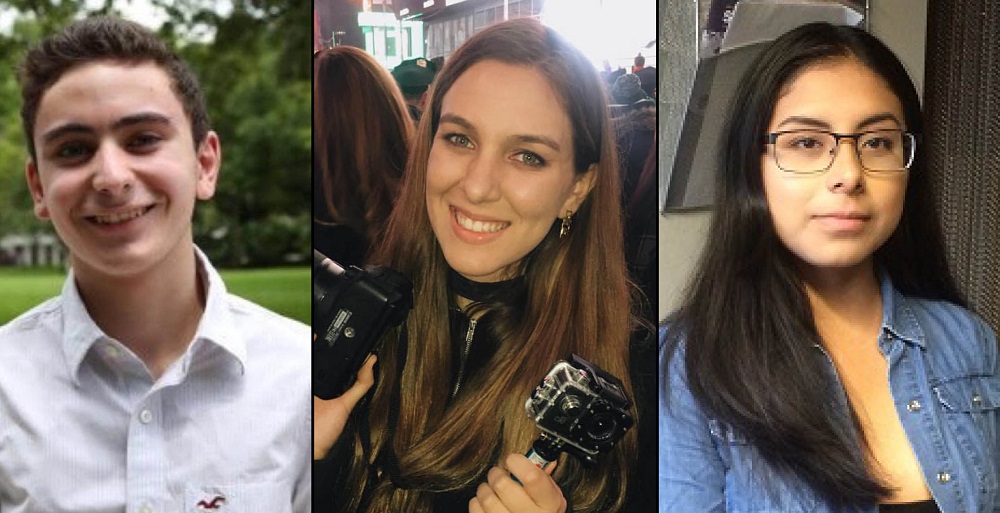 Two of the three winners are from the James Ansin/Peace Sullivan High School Journalism and New Media Workshop at the University of Miami, a summer program for up to 20 students interested in journalism and new media. Students produced both a newspaper and a website, http://miamimontage.org.

Christopher Vazquez won Best Multimedia for his video about the Miami arts district Wynwood. Best Photography went to Jessica Koernig for her photo from a Miami mosque.

Each winner will receive a $1,000 scholarship for the 2017-2018 school year to study journalism in college.

BEST WRITING – LISSETH AGUILAR
Lisseth Aguilar won for “Arts-based Activism at Loisaida Aims to Stop ‘Harmful’ Changes to the Lower East Side” for The Spectrum. She interviewed artists, residents and business owners for her story about changes to a Puerto Rican neighborhood on the Lower East Side.

“Lisseth Aguilar is a contemplative researcher, reporter and writer,” Katti Gray, workshop director, wrote. “She will make her hardworking, hardscrabble immigrant parents proud and bring all her lived experience, human angst and astute observations about goings-on – near and far – to the storytelling process.”

Lisseth is a senior at the High School of Fashion Industries in New York City where she was able to hone her writing and editing skills working for the school newspaper, broadcast team and literary magazine.

Without formal training in high school, Lisseth said the workshop gave her a better understanding of journalism and offered a behind-the-scenes look into the CNN and BuzzFeed newsrooms.

“Journalism is more than a career, it’s something that you have to be passionate about, which is something I really look forward to in college,” she said.

BEST PHOTOGRAPHY – JESSICA KOERNIG
Best Photography winner Jessica Koernig is a senior at John A. Ferguson Senior High School in Miami. Jessica credited her love of photography, her determination and her creative curiosity with fueling her passion for journalism. She wrote she was introduced to journalism when her father gave her a disposable camera.

At the Ansin/Sullivan Workshop, Jessica continued to sharpen her skills. Her winning photo from a prayer service in a Miami mosque accompanied a story titled “Miami Muslims look to educate, merge with South Florida Community.”

Fred Blevens, workshop co-director, wrote: “Exploring the world of Islam in South Florida was a daunting challenge in words and images. But Jessica got into two mosques during prayer services and, operating under different but strict guidelines, came back with a wonderful array of photos. This one captures beautifully the respect and reverence of faith.” 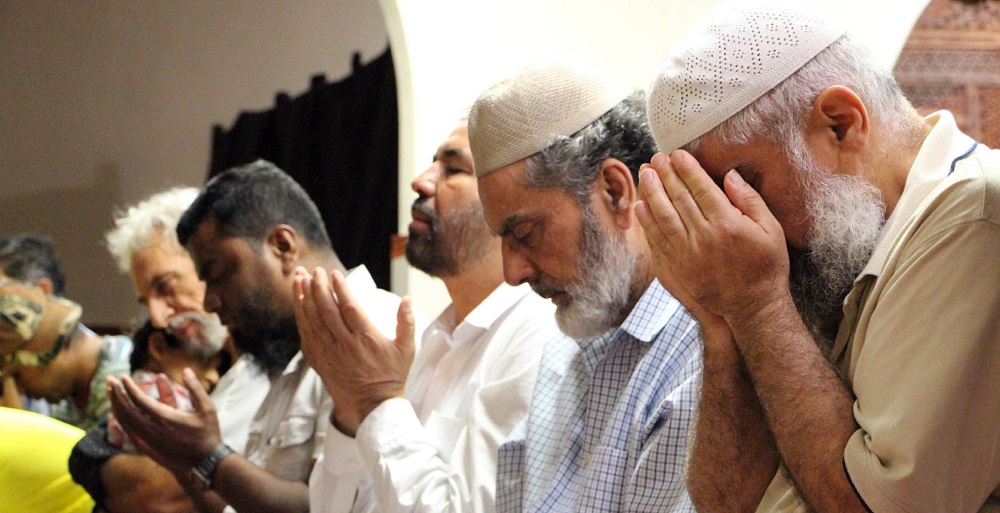 Jessica plans to major in communications.

“I’m excited for the future and can’t wait to flourish as a journalist. Maybe one day, when I’m finally old and gray, I’ll give my grandchild their first camera and hope it has the same effect it had on me.”

Blevens wrote: “Chris volunteered to examine the evolving identity of Miami’s art world. What he found was a deep and serious conflict in Wynwood, which gentrified from a quiet warehouse-district-turned-art-enclave to a trendy, upscale neighborhood where rents and property values drove out many of the artists. The reporting is deep and the production quality is remarkable.”

In his essay, Christopher expressed his interest in embracing journalism to tell powerful stories: “I recognize that this field takes responsibility, effort, and – perhaps most significantly – passion for shedding light on an issue and giving a voice to those who otherwise would not be heard.”

Since completing the workshop, Christopher said he is eager to continue his journalism studies in college. Christopher wrote, “I look forward to taking classes from experienced media professionals, producing work and learning how to improve each time, and making friendships and connections in the often-competitive world of journalism.”