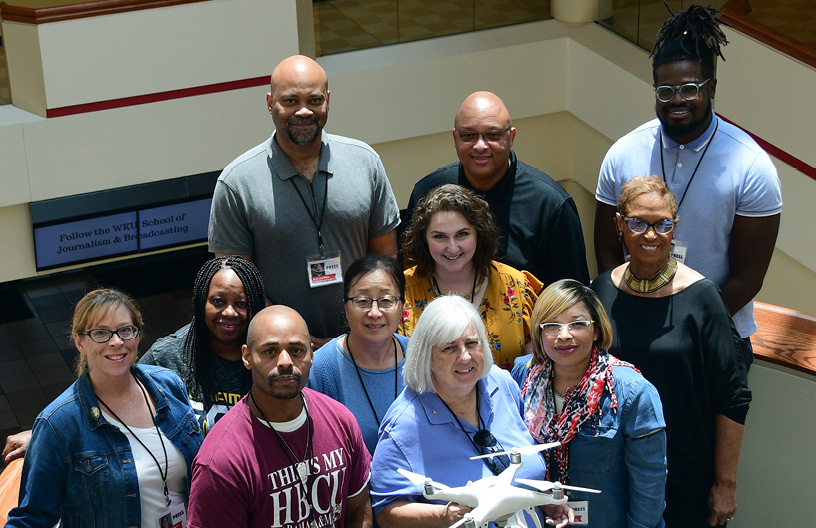 BOWLING GREEN, KY — The Dow Jones News Fund/WKU Digital Workshop kicks off its eleventh year with a new curriculum to enhance the skills of faculty from HBCUs.

During the week-long workshop, faculty members will be grouped in teams. Each team will produce a digital story about a health topic and how it affects diverse populations in the WKU campus community. The stories will focus specifically on mental health, refugees, and sports.

Given the emerging importance of drones and 360 cameras to cutting edge journalism, this year, participants will also engage in hands-on learning with these newer story-telling tools.

“What are doing this week is so important because it will impact hundreds of HBCU students,” said Johnson. “By training these professors, we are empowering them to improve their digital teaching skills, which in turn will increase their own students’ chances of landing competitive journalism jobs, scholarships and internships.”

The initiative is funded by a grant from The Dow Jones News Fund and the facilities and equipment are provided by the WKU School of Journalism & Broadcasting.