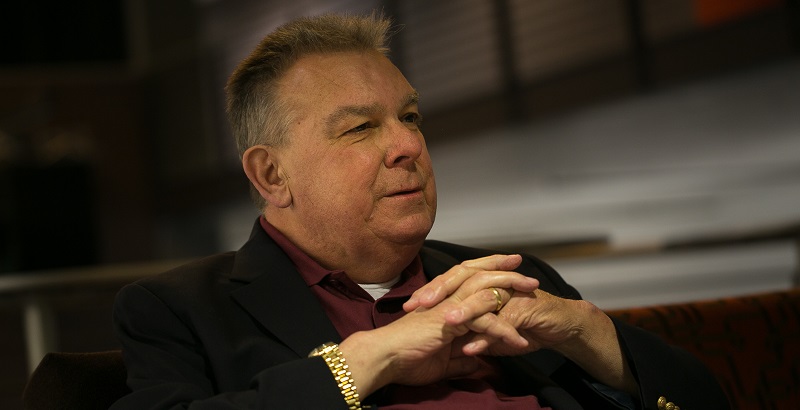 Richard S. Holden, who retired in 2014 after 22 years as executive director of the Dow Jones News Fund and 19 years as an editor of The Wall Street Journal, died Wednesday in Morristown, New Jersey, after a lengthy illness. He also served on the News Fund’s Board of Directors. He was 70.

Holden was appointed executive director of the Fund in 1992. The Fund is a private nonprofit foundation established by Dow Jones in 1958 to encourage students to consider and prepare for careers in journalism with the aim of strengthening American newsrooms.

Before moving to the Fund, Holden held a wide range of senior editing positions at The Wall Street Journal and The Asian Wall Street Journal in Hong Kong, where he was one of the founding editors. His last position at the Journal was senior editor overseeing the recruiting, hiring and training of the editors.

Throughout his four decades at Dow Jones, Holden was not only committed to the highest standards of editing and reporting but also to hiring, training, and promoting journalists with the aim of increasing the diversity of newsrooms so they better reflected the audiences they were serving.

“Rich cared deeply about journalism and its future,” said Richard J. Levine, president of the Fund’s board of directors. “At the News Fund, he moved aggressively to keep its internship and training programs attuned to the fast-changing needs of newsrooms as they were altered by the internet and digital technology while never losing sight of the importance of honing basic journalistic skills and expanding the diversity of the nation’s newsrooms.”

He often said the best approach for catching mistakes in copy was to touch every word with your pencil, and later your cursor.

The Association of Schools of Journalism and Mass Communication presented him with the Gerald M. Sass Distinguished Service Award in 2010 for expanding the internship programs and addressing changes in media technology. In 2015, the Asian American Journalists Association honored him with its Leadership in Diversity Award for promoting news media diversity. He was a lifetime member of ACES: The Society for Editing and a linchpin of its education committee.

Born in St. Louis, he was the only child of William and Helen Holden (née Shea). He loved the University of Missouri, where he earned bachelor’s and master’s degrees in journalism, West Point football, history and his hometown, Madison, New Jersey. Holden was a U.S. Air Force veteran, who retired as a captain of the reserves in 1988.

Mary-Anna Holden, his wife of 32 years, appealed for support to an ACES fellowship created in his name.

“I urge those whose lives were touched and careers made by Rich Holden to continue his legacy and commitment to promoting diversity and news gathering excellence by sending a contribution, large or small, to the Richard S. Holden Fellowship managed by the ACES Education Fund.

“As Rich said when he received the AAJA Leadership in Diversity Award, ‘Don’t give up the fight.'”

Due to the COVID-19 pandemic, a graveside service will be held at a later date in the Presbyterian Church of Madison’s historic Hillside Cemetery.