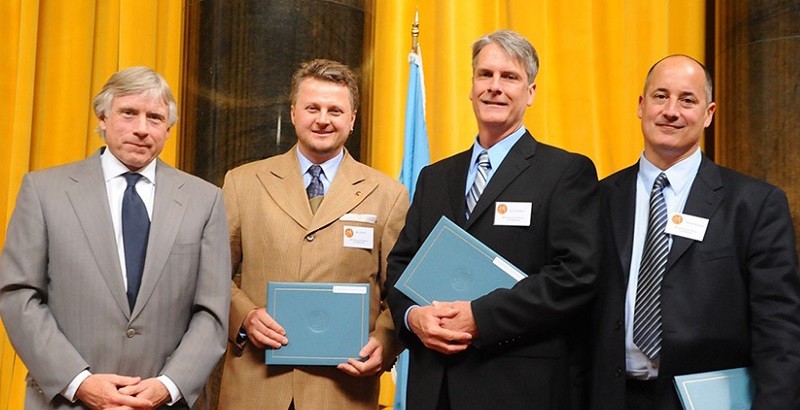 Fund alumnus Jim Schaefer was singled out among Detroit Free Press staffers who won the Pulitzer Prize for local reporting in April.

He is named along with M.L. Elrick for “uncovering a pattern of lies by Mayor Kwame Kilpatrick that included denial of a sexual relationship with his female chief of staff…that eventually led to jail terms for the two officials.”

Schaefer was a 1987 editing intern at the Free Press who attended the residency at Ohio State University, his alma mater. He previously won the Nancy Dickerson Whitehead Award for Excellence in Reporting on Drug and Alcohol Problems for an investigative special section on a synthetic heroin called fentanyl. The drug, manufactured in Mexico, proved fatal to addicts in the U.S., among them hundreds in Detroit.

Read more about Schaefer and see the Free Press stories on the Pulitzer site.