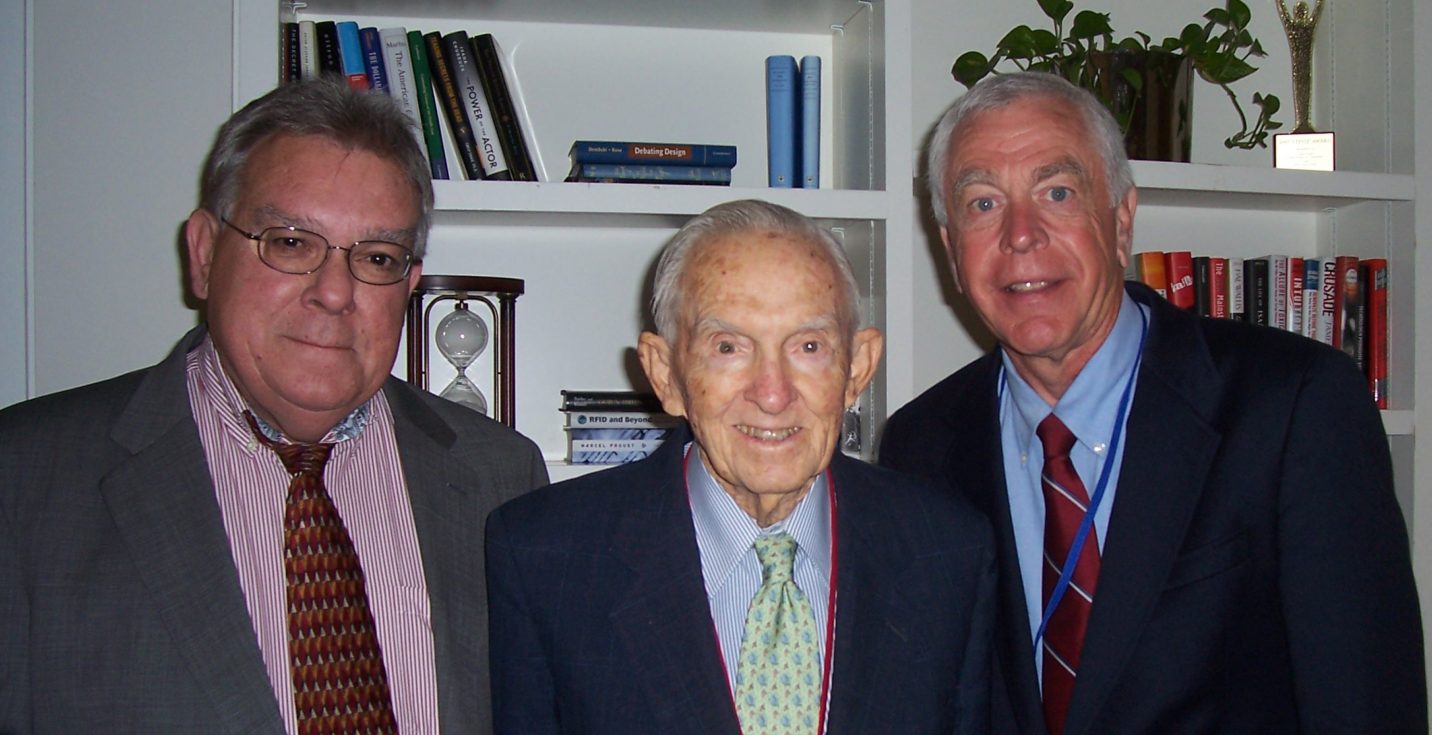 Carter, a first cousin of former President Jimmy Carter, was born and raised in Plains, Georgia. He was a 1938 graduate of the University of Georgia’s Grady College of Journalism, where he was editor of The Red & Black student newspaper. After graduating, he joined The Atlanta Journal and taught journalism in the evenings at Georgia State College in Atlanta.

According to “Copy!,” a history of the Fund, Carter developed a “careers in journalism” program at Georgia State College that caught the eye of Wall Street Journal editor Barney Kilgore who was looking for someone to lead the Newspaper Fund, a foundation the Journal formed to supply the next generation of bright, talented journalists.

From 1959 to 1962, Carter launched several Fund initiatives that educated thousands of journalism students and their teachers.

When Carter left the Fund in 1962 to become managing editor of The National Observer, he left a remarkable legacy. During his two and a half years, 875 high school and college teachers received fellowships, 53 college students received paid summer internships and distribution of the vocational guide exceeded 10,000.

“My first contact with Don Carter was in the spring of 1960 when, as a sophomore at Cornell University, I applied late for one of the first Newspaper Fund reporting internships,” recalls Richard Levine, president of the Dow Jones News Fund. “All the Fund internships had been distributed. But Don kindly offered to include me in the program if I could locate an internship on my own, which I did at the Ithaca Journal as a telegraph editor and sports reporter. More recently, as president of the Fund, I benefited from Don’s wise counsel and inexhaustible knowledge of the news business and the Fund.”

After The National Observer Carter held a succession of senior jobs in journalism, culminating in a position as vice president of news for Knight-Ridder newspapers, where he worked until he retired in 1982.

Throughout his career and during retirement Carter stayed involved in journalism education and training. He served as president of the Grady College alumni board and on the board of directors for The Red & Black. He remained on Fund’s board as a member emeritus until his death.

Tom Engleman, Fund executive director from 1968 to 1992 and a member of the board, said, “Every time I saw Don during the 25 years I managed the Fund, he provided support and gave me confidence that the work I was doing was in line with what the founders had in mind. His vision and the vision of Dow Jones executives for the mission of the Fund served as my guiding light over the years, as I worked to keep our programs in sync with the changing needs of the nation’s newsrooms.”

“I was honored to serve with Mr. Carter for more than 25 years when I was the executive director of the Dow Jones News Fund,” said Richard Holden. “His passion for, and devotion to, helping young folks pursue careers in journalism are traits I will never forget. He will be missed.”

The Atlanta Journal-Constitution quoted President Carter as saying, “He will be remembered not only as a superb journalist and newspaper executive, but as an advocate for the important role that journalists play in our democracy.”

A funeral service will be held at St. Simons First Presbyterian Church in Sea Island, Georgia, Saturday, March 25 at 11 a.m.