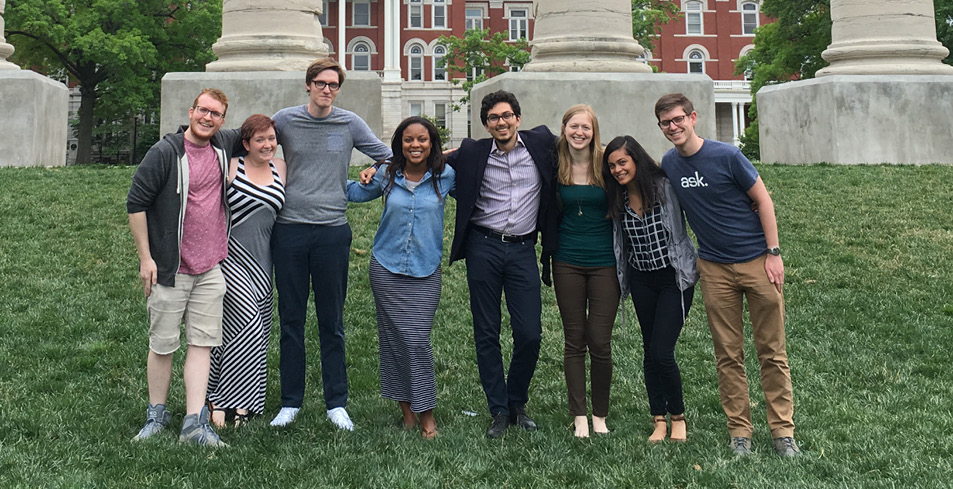 2016 data journalism interns at the University of Missouri. Photo By Sarah Hutchins

PRINCETON, N.J. — The Dow Jones News Fund will send 85 undergraduate and graduate students to work this summer as data and digital journalists, business reporters and multiplatform editors in paid internships at 55 of the nation’s leading news organizations. The News Fund received more than 750 applications last fall.

This summer’s data journalism program more than doubled, with television and radio stations participating for the first time. Investigative Reporters and Editors will train 18 journalists at the University of Missouri to obtain and analyze data, visualize information and employ other computer-assisted reporting methods.

Eighteen students will attend the News Fund’s business reporting program at New York University, led by Paul Glader, an associate professor at The King’s College and an award-winning journalist at The Wall Street Journal. Glader will also instruct business reporters selected by DJNF board member Garry D. Howard, director of corporate initiatives at American City Business Journals, for publications in 10 markets. Howard is an alumnus of the 1981 editing program.

Linda Shockley, managing director, said, “We are excited about new directions for these valuable internship programs. We appreciate media companies investing in promising journalists by partnering with the Fund to fulfill our mission.”

This year marks the 50th anniversary of the news editing internship program. The program was launched by Paul Swensson, executive director of the Fund from 1961 to 1968. Swensson believed bright college students could work well as copy editors, despite never having been daily professional reporters. Dr. Edward Trayes, Temple University’s Center for Editing Excellence director, is returning for his 50th summer leading the program.

The summer internship programs are hosted at seven journalism schools in May and June. The interns will attend for a week before reporting to work at weekly salaries starting at $400. Those returning to college receive $1,000 scholarships.