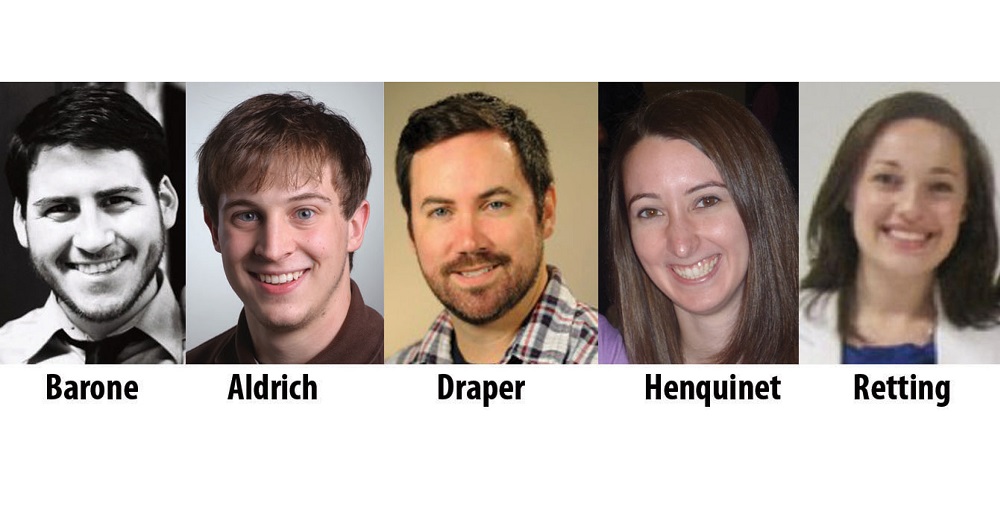 As the top candidate among the applicants, Barone was named the Aubespin scholar. The award is named in the honor of Merv Aubespin, the former Louisville Courier-Journal editor who is considered the godfather of ACES, and carries a prize of $2,500. Other winners will receive $1,000 each.

Barone is a senior at the University of Missouri and the assistant news editor of the Columbia Missourian. He was an editing intern at The Wall Street Journal in 2010, after training at Temple University. He was named the Trayes Scholar that year receiving an additional $1,000 scholarship from the Fund.

Aldrich is a first-year graduate student at Northwestern University and an alumnus of the University of Missouri. Last summer, he was an intern at the Naples (Fla.) Daily News who trained at Penn State University.

Draper received his master’s degree in December from the City University of New York Graduate School of Journalism. He was a sports copy editing intern at the New York Post last summer trained at the University of Nebraska.

Retting is a senior at Radford University in Virginia, where she is editor-in-chief of “Whim,” an online campus magazine. She interned at the Virginian-Pilot last summer and attended the residency at Penn State University.

These winners will receive free registration and travel stipends to attend the ACES national conference, which will be April 12-14 in New Orleans.