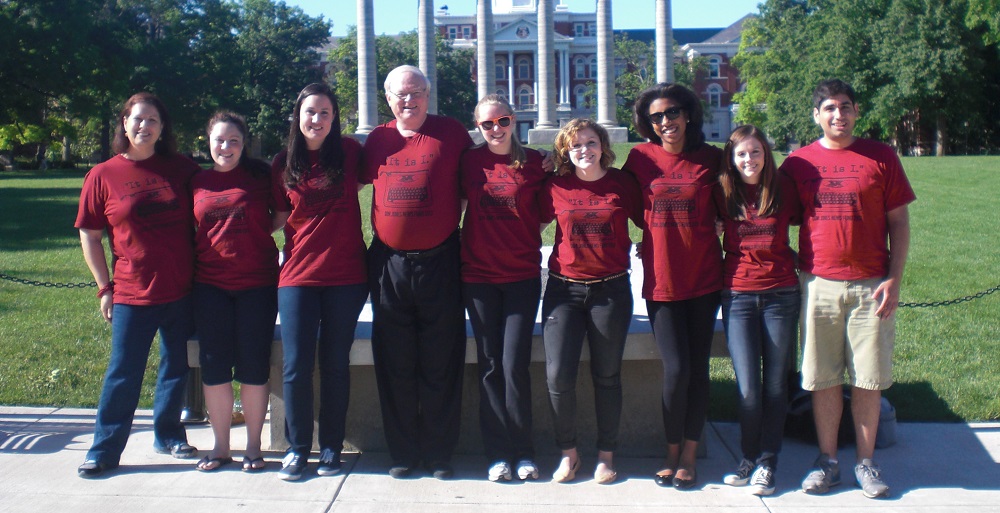 Interns from the 2013 Center for Editing Excellence at the University of Missouri.

PRINCETON, N.J. — The Dow Jones News Fund will train and send 85 undergraduate and graduate students to work this summer as business reporters, digital journalists, news and sports copy editors in paid internships at 54 of the nation’s leading news organizations.

The number of organizations hiring DJNF interns in summer 2014 is up nine positions, or 20%, from 2013 as a result of recruiting by program directors and Fund staff. Reflecting on the expansion, Richard J. Levine, president of the Fund’s board of directors, said, “The growth testifies to the media’s recognition of the need to recruit and train talented journalists amid the digital changes sweeping the news business and the continued effectiveness of the Dow Jones News Fund in that process.”

Launched in 1960, the DJNF summer internship program will support seven training sites at leading journalism schools this month and next. The interns will work a minimum of 10 weeks for salaries starting at $350 per week. Those returning to college receive $1,000 scholarships. More than 600 applications were reviewed for this summer’s internships.

The interns, their universities and news organizations are listed with their training programs and Twitter hashtags.